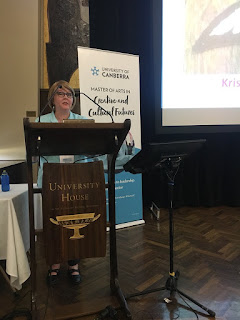 
Moral injury did not always give way to moral repair. Most of the injured continued to experience extreme moral pain, psychological distress, and unabated grief. But the majority of my cohort’s morally troubled did not suffer moral injury. They allayed their moral concerns. They achieved moral repair. In forgiving inappropriate guilt, in overcoming their ‘war wounds of the spirit’, those former airmen demonstrated resiliency and an ability to actively manage the moral legacy of service and captivity.
Posted by Kristen Alexander at 21:18 No comments:

Acknowledging contribution: International Women's Day 2019. Miss Celia Macdonald of the Isles ‘who has been a particularly good friend’ 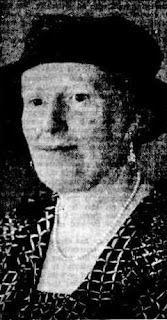 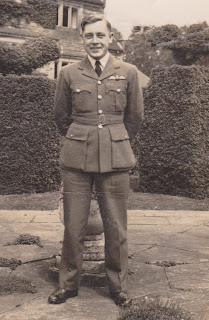 On 17 June 1940, Bill Millington was posted to 79 Squadron which had two pilots killed in France, one taken prisoner and two wounded.[xxxv] He knew it would not be long before he joined his new friends on operations. He recognised that ‘the possibility of a hasty departure from this life is ever present’. He had no fear of dying; he accepted that possibility and was ‘light of heart’ as he prepared for his first sortie.[xxxvi] Knowing he might not return, he decided to write a ‘last letter’ to his parents, to be delivered only in the event of his death. ‘Please do not grieve over my passing. I would not have it otherwise’, he told them. ‘Flying has meant more to me than just a career or means of livelihood’, he explained. ‘The intoxication of speed, the rush of air and the pulsating beat of the motor, awakes some answering chord deep down which is indescribable.’ He posted the letter to Miss Celia Macdonald, ‘who has been a particularly good friend to me’ for safe keeping. Despite having close family in England he asked Miss Macdonald to act as his next of kin, entrusting to her the task of gathering up ‘any of my personal effects ... in the event of some untoward incident’.[xxxvii]
By 31 August, Bill had been in action a number of times and had already achieved a string of victories. He was in the air twice that day, again adding to his personal and squadron ‘bag’. During his first outing, ‘we engaged about twenty Me 109s and slapped quite a few down’. He was ‘badly shot up and made a forced landing near Folkestone and returned to my station per police car’.[xxxviii] Later that day, he and his section were tasked with aerodrome guard duties when fifteen Dornier Do 215s escorted by large numbers of Messerschmitt Me 109s and 110s were sighted. Bill attacked, setting alight the port engine of one of the Do 215s. Three Me 109s targeted him. He fired, damaging one as he shook off the other two. By then he was alone; his confrères were engaged in their own battles. He again attacked the bombers but was beset by more Me 109s.[xxxix] He ‘shot down a Messerschmitt 109 after a dogfight with three of them’. He was hit ‘badly by cannon fire and wounded in the thigh. However I crash-landed in flames and managed to scramble out before the machine exploded’.[xl]
He walked, with assistance, to a nearby farm house, then ‘eventually finished up in hospital for about ten days, where most of the shrapnel in my thigh was removed.’[xli] When Miss Macdonald visited the convalescent she asked why he had been so foolish to attack a bomber on his own. ‘Isn’t that awfully dangerous, Bill?’ He replied, ‘what is one fighter compared with a German bomber?’.[xlii] And that on top of his decision not to bale out, ‘as my machine would probably have crashed into a small village’.[xliii] Miss Macdonald recognised a ‘complete unselfishness’ of ‘outlook [that] is magnificent and most inspiring’.[xliv] So too did the Air Officer Commanding 11 Group, Air Vice-Marshal Keith Park who considered ‘this young Australian officer ... worthy of reward and strongly recommend him for the Immediate Award of the Distinguished Flying Cross’ for showing ‘great courage’ in avoiding the small township, ‘despite the fact he was wounded’ and for exhibiting ‘dash and courage in attacking superior numbers’.[xlv]
Bill was posted to 249 Squadron on 19 September. Over the next few weeks he continued to add to his score against the Luftwaffe. On 30 October 1940, the squadron was patrolling North Weald aerodrome when they encountered some Messerschmitt Me 109s. They gave chase and Bill was last seen trying to intercept one over the English Channel.[xlvi]
Within hours, telegrams advising that he was missing in action were sent off.[xlvii] Even though Miss Macdonald had ‘always felt it a great responsibility’ as custodian of Bill’s ‘last letter’, she did not post it immediately because she knew his parents ‘had such a strong feeling that he would still turn up and, like you, I hoped and hoped.’[xlviii] Instead, she wrote to Bill’s mother, who charged her with ‘the sad job of unpacking the Christmas parcels which had come to him from Australia and sending them off again to be divided among his friends’.[xlix]
Despite their hopes, Bill did not ‘turn up’. Nor was his body found. In September 1941, Miss Macdonald and the Millingtons received official notification of presumption of death.[l] Bill’s friend then posted his ‘last letter’. Although she accepted that ‘we must presume that he was killed’, she admitted that she could hardly ‘bear to write the words’. She took comfort—and hoped Elizabeth Millington would as well—knowing that ‘Bill would want us to be brave and face facts, with as much courage as possible’.[li]
Just as Bill had tried to assuage his parents’ grief, so too did Miss Macdonald. She was no stranger to death in conflict. During the Great War, she had been close to a young man who was killed; if he had survived, it is likely they would have married. ‘This’, according to her nephew, ‘caused great sadness to Celia but although she got over it, like all of these tragedies, one never forgets’.[lii] With genuine compassion and a deep seated belief in its truth, she told Bill’s mother that:

We know that he died gloriously. “Greater love hath no man than this that he lay down his life for his friends.”[liii] And he was happy. I can assure you of that. You, his mother can indeed be proud of him and I, one of his many friends, can be grateful for his trust and affection and for the inspiration and help I gained from his great unselfish spirit.[liv] 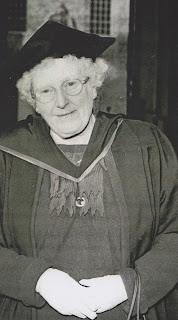 This essay won the Military Historical Society of Australia's 2013 Sabretache Writer's Prize. An edited version was published in Sabretache, the Journal of the Military Historical Society of Australia Vol LIV, No.3 September 2013 (https://search-informit-com-au.wwwproxy1.library.unsw.edu.au/documentSummary;res=IELAPA;dn=699335233277638) Please email if you would like a PDF.

Hayes, H., Beyond the Great Escape. Geoff Cornish: The One Who Got Away, Possum Publishing, Elanora, 2004

Posted by Kristen Alexander at 14:47 No comments:

Kristen Alexander
Kristen is currently a PhD candidate at University of New South Wales (Canberra) researching the experiences of Australians in Stalag Luft III and welcomes contact with anyone with family connections to former SLIII prisoners. Kristen’s website is www.kristenalexander.com.au She has been writing about Australia’s aviation history since 2002. Allen & Unwin published Clive Caldwell Air Ace in 2006 and Jack Davenport Beaufighter Leader in 2009. Barrallier Books published Australian Eagles in 2013. NewSouth published Australia’s Few and the Battle of Britain in September 2014. Pen & Sword published the UK edition in April 2015. Jack Davenport Beaufighter Leader was in the RAAF Chief of Air Force’s 2010 Reading List. Australia’s Few was included on the 2015 list. Kristen won the Military Historical Society of Australia’s 2012 and 2013 Sabretache Writer’s Prize. Her articles and book reviews have appeared in Flightpath, Aircrew Book Review, Sabretache, Britain at War, and Aviation Heritage. Taking Flight. Lores Bonney’s Extraordinary Flying Career was published by the National Library of Australia in March 2016.